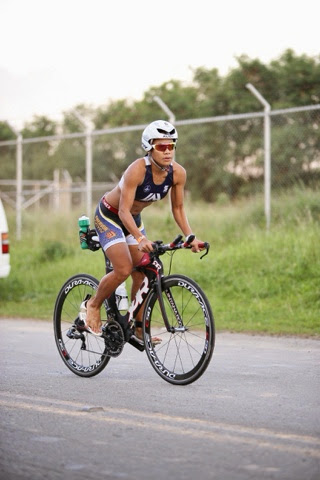 Ironwoman Ani De Leon-Brown will make a bid to be the first Filipina to finish DATEV Challenge Roth—the world’s biggest long-distance triathlon event, in Germany on July 20. Brown joins around 3,500 individual starters and 650 relay teams from over 60 countries.
“I am so excited to join Challenge Roth. This race will be quite historic for me as it has some parallels with my quest in 2008 to be the First Filipina to finish in the Ironman World Championships in Hawaii, on the race’s 30th anniversary. It is the 30thyear anniversary of Challenge Roth this year also,” said Brown, who has completed at least 10 Ironman distance races here and abroad.
Prior to the upcoming Challenge Roth, Brown competed at the Ironman Melbourne in March this year, where she set the Philippine Ironman Record with a time of 11:08.
"My record-setting finish at Ironman Melbourne was a great way to mark my 20th year as a triathlete. I am hoping and praying that I will be able to pull off a sub-11 finish at DATEV Challenge Roth. That would really be a feat for me!" said Brown, who is a member of Unilab Active Health Triathlon Team.
From her days as a member of the swim team of the University of the Philippines (UP) to her joining her first Ironman Distance Race in Matabungkay in 2002, Brown has become popular in the local triathlon scene as a coach and athlete. Thus, her bid at DATEV Challenge Roth interests both her supporters as well as fellow triathletes.
“I am thankful for all the encouragement that I am getting from my family, friends and fellow triathletes. My supporters and sponsors have also been very generous. I am blessed and honored to represent our country at DATEV Challenge Roth,” said Brown.
Since its first race in September 1984, DATEV Challenge Roth is considered as the “heart of the triathlon” and is expected to attract over 220,000 spectators this year. The competition will start with a 3.8 kilometers swim in the Main-Donau-Canal, followed by a 180 kilometers bike race and a final marathon of 42 kilometers.
Maximum finish time is 15 hours for single starters and 13.45 hours for relay teams. The current world record, which was actually established in Roth, is 7:41:33 by Andreas Raelert in 2011.
Posted by Unknown at 10:40 PM

Buy Anabolic steroids,Raw steroids powder,HGH - Email: stanleyashleyvendors@gmail.com | Call/Text: +1 (816) 919-1451
We are a company that is dedicated to bringing you the finest products with the best customer service in the industry and doing it happily. Our commitment to our customers is what keeps them coming back and why our business grows stronger every year. Our shipping and delivery is 100% safe and discreet. We are ready to sell in minim­um and large quantities worldwide. Good prices! Fast delivery

Who is The Sweet Life Runner?

Please do not copy directly. Thank you!